Sports – More Than Fun and Games

How many athletes, fans, coaches, parents or school
administrators really understand the major purpose of sports? 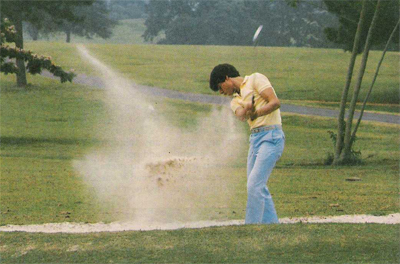 Did you know that more nations enter the World Cup soccer competition than belong to the United Nations?

That a staggering one third of all humanity watch the Olympics and World Cup soccer finals -mostly on television?

With all the watching and playing, though, how many ever ask the question, “What is the major purpose of sports?”

Ask that question and you’ll receive different responses. Who hasn’t heard these answers – usually given as the purpose of sports: fun and enjoyment, entertainment, exercise and physical fitness, challenge and the thrill of winning, the camaraderie from belonging and contributing to a team.

These are all valid reasons, but there is one even more important purpose. Because this purpose has been forgotten in too many cases, we see arising current of bitter opposition to sports as they are played today.

Today’s undue emphasis on win-or-else competition understandably draws fire from many people. Dr. Richard M. Ball was on the faculty at Rutgers University College of Medicine and Dentistry in New Jersey. He summed up the problem: “A fierce competitive spirit among grade school and high school athletes may be getting out of hand.”

The pressure of being overly competitive affects, among others, very young swimmers on community and school teams, high school football players and Little League baseball players.

In an editorial accompanying Dr. Ball’s report, Medical World News told its doctor readers: ” Doctors should not stand by silently in the face of the relentless pressure parents and coaches place on young athletes. Driving youngsters to become sports superstars can result in psychological damage and serious physical injury. Overdoing any sport can produce painful musculoskeletal problems that will plague youngsters for the rest of their lives.”

Dr. Thomas Tutko, who was professor of psychology at California State University, San Jose, warned that the philosophy of professional sports (win or you’re nothing) has filtered down to all sports.

He said: “Kids athletic programs are doing a tragic disservice to America when they emulate the win-or-else creed of big league sports … The emphasis should be on doing one’s best …

“The champion is glorified. He can do no wrong. The losers can’t be tolerated. But this isn’t the way life is. This is a grotesque distortion and it adversely affects youngsters who are continually exposed to such a philosophy. If they try their best in a sports event and lose they feel they’re no good. They’re made to feel rejected. They are, in fact, rejected by a lot of coaches and parents who sometimes try to hide their disappointment, but you don’t fool too many kids.”

These are not the only criticisms of sports. There remain other concerns: the growing violence among both players and spectators, the widespread obsession with sports, the scandals of recruiting and the resulting distortion in the minds of athletes who no longer see themselves in true perspective.

We can safely say that sports can be very beautiful or very ugly and anything in between.

For sports to be beautiful, everyone involved must recognize the major purpose of sports. That major purpose is to teach and instill true values and proper attitudes in those who play. It is a vital part of the educational process. If we lose sight of that fact, we open ourselves up for much trouble.

Courage: Sports provide a ready-made environment for learning about real-life experiences. The first major value of sports that should be stressed is courage. Courage is a quality of mind that enables one to meet difficulties with firmness and resolution.

Indiana, was host to the U.S. National Sports Festival. Another of the touching and memorable moments that happen quite often in sports occurred. Randy Harvey, staff writer for the Los Angeles, California, Times, told the story:

“As the National Sports Festival’s platform diving champion, Greg Louganis [future Olympic gold medallist] did not have to share his moment with anyone. But during the awards ceremony, he put his arm around runner-up Bruce Kimball’s waist and lifted him from the second level to the top of the victory level. While a standing-room-only crowd of more than 5,000, the largest ever to see a diving event in the United States, gave them a standing ovation, they stood side by side, their hands linked and raised triumphantly over their heads and cried.”

Why did Greg Louganis do this? Because he knew that a little more than nine months before doctors were not sure that Bruce Kimball would live, much less compete again.

On Oct. 18, 1981, a woman driving a van crossed the dividing line on an Ann Arbor, Michigan, highway and slammed head-on into Kimball’s automobile. Kimball was rushed to the emergency room, where he underwent 24 hours of surgery.

To continue Randy Harvey’s account: “Every bone in his face was broken. His skull was fractured. His leg was broken. Ligaments in his knee were torn. His liver was lacerated. His spleen had to be removed. He went into the hospital with 140 pounds on his 5-9 frame and carne out weighing 105. His leg was in a cast for 12 weeks. His jaw was wired shut for 10. He ate his food through a straw.”

Belonging to and contributing to a team effort help in building a healthy attitude toward life in general.

Greg Louganis wanted everyone present that day in Indianapolis to know that he considered Bruce Kimball a champion too. To dare, to risk, to accept the challenge, to display the courage of a Bruce Kimball is one of the great benefits to be derived from sports.

Endurance: Sports, with its real – life environment, provides for the development of endurance, of perseverance, of never giving up. It ‘s easy to give up, especially when behind or when the odds are great against you. We all admire and respect the person who tenaciously hangs in there despite the odds till the race IS over or the game has ended. The individual trained to play the game this way is likely to approach life in the same way. Endurance is, in fact, one of the seven laws for success in any field of endeavor.

God values endurance so much so that He once came to this earth, appeared in the form of a man and wrestled with Jacob. Because of Jacob’s endurance and tenacity in this wrestling match, God blessed him and changed his name to Israel – meaning one who prevails with God. You can read the account of this inspiring experience in Genesis 32:24-28.

God was impressed with Jacob’s perseverance – in contrast to Jacob’s previous skill at taking advantage of another. God, in fact, expects all humanity sooner or later to endure and prevail, especially in the area where it really counts, in the battle to conquer breaking God’s law. ‘Sin’ is the breaking of God’s commandments (I John 3:4). “To him who overcomes I will grant to sit with Me on My throne,” says God in Revelation 3:21.

God expects us to persevere and not give in to those thoughts, but to prevail as Jacob did. Or if already caught up in a sinful habit, not to continually give in to it but to conquer it through God’s help.

Patience: Another true value to be learned in sports is patience. Sports will always have its obstacles, failures, delays, trials and pains. Players must learn to meet these difficulties with calmness, composure and without complaint.

We should recognize that we won’t blossom into quality players overnight. It takes time, effort and practice to hone one’s skills. An error or a lack of initial skill should be no cause for discouragement. By diligent practice, skill levels will improve.

How patient are players toward their teammates? Players running down and making fun of other players for shortcomings build a wrong approach in relationships. Usually the more skillful pick on the younger or less skillful. Players need to realize patience helps to develop confidence, but lack of it hinders development.

Teamwork: Team sports provide an ideal environment for learning the true value of teamwork, learning to get along with others. The individual must interact with other players, sacrificing personal glory for the welfare of the team.

Players should be taught that selfishness, egotism, envy and criticism of each other quickly evaporate team spirit and harm the effectiveness of a team just as they do in everyday life.

These are a few of the many true values too often left untaught. There are many others such as playing by the rules, winning and losing graciously and playing to the best of your ability.

Many people have had negative experiences in sports because a sometimes ruthless selection process has been allowed to occur at all levels of sports. Excluding anyone, and most especially children, from the chance to gain the benefits of sports is devastating to those excluded. Since vital lessons in how to live can be absorbed through sports, no one should be kept from these opportunities. Belonging to and contributing to a team effort help in building a healthy attitude toward life in general.

Sports can be beautiful or ugly or anything in between. It all depends on the attitude of the players, coaches and spectators. To know what the right attitude is we need to look to God. His basic law is love, an outflowing concern toward others.

To harm others in order to gain for self is a wrong attitude. To selfishly desire to “beat” the opponent, to be hostile toward him or her is not God’s way – but to strive to do your best or to help your team do its best is right. Winning or losing is only a by-product of two teams or individuals striving to do their best. We should not be so selfish that if the big “I” doesn’t win, it’s a disaster.

There is a competitive spirit being alive today who is the god of this world (II Corinthians 4:4) and its sports. His way is the “me-first” philosophy. He broadcasts an attitude of harm, hostility, selfishness and rivalry to human minds. Soon, he is going to be put in a place where he is restrained (Revelation 20: 1-3) from influencing human activities, including the field of sports. And God will then make it possible for us all to have a different attitude.

God has determined to “‘take the stony heart out of them, and give them a heart that they may walk in My statutes and keep My judgments and do them'” (Ezekiel I 1:19-20). Humanity will be able to think differently, to have a right and understanding attitude.

And in the day that Jesus Christ rules the world -a message we announce here -all nations will come to Him to learn the right way of living. And when they ask concerning the subject of sports, they will be advised along the lines you’ve just read. All sports are going to be beautiful. You can count on it.

In accordance with Sec 107 of Chapter 1 of Title 17 of US Copyright Law, this material is distributed without
charge or other commercial interest for the purposes of comment, teaching, scholarship and review.